The Beginnings of Art Commodification 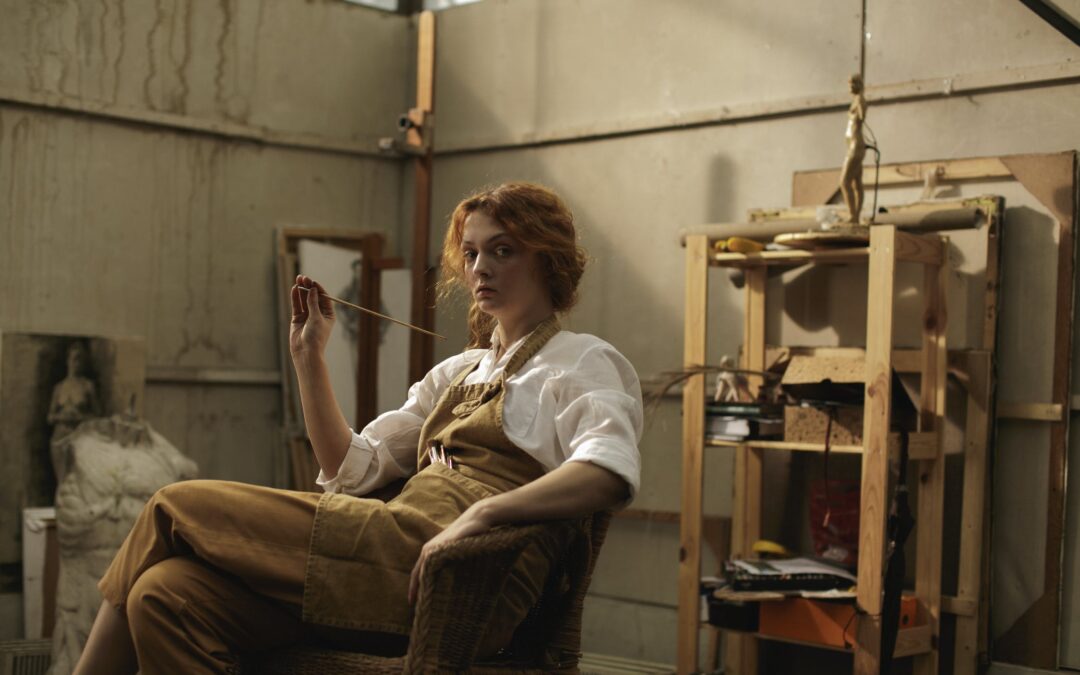 A cursory examination of the history of art’s commodification will reveal that money and art have been entwined for centuries. 16th century Italian artist, architect and historian, Georgio Vasari, for instance illustrates the beginnings of the art patronage system of Renaissance Italy in his seminal work, Lives of the Artists. Attached to this system are gripping issues of commission prices and fierce competition among artists to win favor among papal courts, nobility and the wealthy merchant class. Roughly a century after Vasari’s work was published came the first auction house in Sweden and England’s quick adoption thereof.
The auction framework certainly spurred the market’s modernization, ushering in a new free market economy driven by supply and demand. In this economy, “Members of the predominantly elite class vied for distinction through their purchases, and through the public display of bidding itself.” In almost any geographic region, however, a basic knowledge of paintings was a prerequisite to attaining an esteemed social position.
Following the tide of civic humanism in 17th century England, the Earl of Shaftsbury drove the ideology that the highest purpose of painting is simply the promotion of public virtue. As Shaftsbury considered history paintings mere conduct books for the British elite, their purchase for luxury was therefore a source of evil. Clearly posing a barrier to a free exchange of goods between most artists and consumers, this period necessarily produced the lowest transaction and profit yield. Still, artists living in the Earl’s era were eager to protect their own patronage. Portraitist, Jonathan Richardson (1664–1745) attempted to modify Shaftsbury’s vision by assuring his middle-class collectors that art purchases function as patriotic demonstrations. Still, at this early stage of the art market, stringent conditions existed that hindered wide-scale transactions.
These conditions prompted the writing of The Fable of the Bees wherein author Bernard Mandeville (1670–1733) sought to break cleanly from the restrictions posed by Shaftsbury. Specifically, Mandeville argues that luxury is merely a category of consumer goods having no association with public virtues. Socially, the only division in society was between consumer and producer while economic relations in the market determines social relations. He also underscores that accessible, descriptive art, as opposed to religious and/or historical, is better suited to the modern commercial world.
Succeeding mercantilism and civic humanism ideals, 18th century England experienced the expansion of commercial society and laissez-faire philosophies spearheaded by Adam Smith. Artists now had freer creative reign to test a non-dogmatic dialogue with the individual viewer. At the same time, the middle commercial class widened and steadily accessed new social and cultural milieus, thus supplementing the artists’ patronage. Still, these artists needed to find and capitalize on the right opportunities — to adapt to changing tastes and become entrepreneurs themselves.
Realizing he no longer needed to restrict his subject matter to aristocracy, artist William Hogarth (1697–1764) began depicting this emerging commercial class with satirical undercurrents. Appealing to a larger audience, other contemporary artists soon followed. Yet always one step ahead, Hogarth began releasing prints of his modern paintings, thus creating a new dependence on the public for patronage. Hogarth’s revolutionary painting style and business model sowed seeds for the future artist as market forces. It should be noted, the artist as entrepreneur was not an 18th century phenomenon. Albrecht Durer (1471–1528) was known to sell print editions out of his studio and helped build his own market across the continent by shipping copies of these prints abroad. Roughly one hundred years later, Rembrandt (1606–1669) surpassed Durer by bidding on his own prints at auction to raise prices.
Still, as the contemporary market was rather underdeveloped in 18th century England, most living artists — many commissioned portrait painters — needed to augment their earnings. Some painted shop signs, while others transported, conserved, and even engaged in dealing old import painting. This included Thomas Manby, a landscape painter who assembled collections of old paintings in Italy to sell in London. Other native British artists who were adamant to remove middlemen focused on marketing and exhibiting their work. Realizing common goals, they began forming clubs and academies. Clubs such as “Rose and Crown” and “Kit Kat” provided the transitional structure for producers and consumers to transact, but to compete effectively for patrons, each had to establish a unique appeal.
In this environment arose the the first English academy, the Society of St. Luke. To be clear, the academy did not accept young aspiring artists, instead upholding very high standards for experienced entrants only. These standards influenced the general aesthetic theory of the time, which was illustrated in various publications. The publications in turn became useful consumer guides for purchasing paintings. This provided a mechanism for art criticism, but more importantly for the commodification of art.